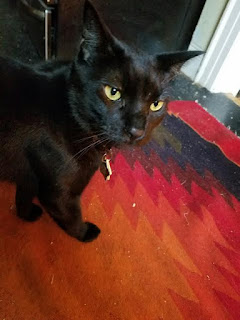 Meet Otis. He told me a while back in an animal communication session that he 'created' the ancient healing modality called Reiki. Who am I to question him!?

Since meeting and working with Otis, he has shown me how great of a healer he is. I saw him 'working' on his family member Luna, a beautiful family dog, when she was sick. He would put his paws her body that needed healing and offer her Reiki. One time, when I was at his home, to communicate with Luna and also offer her Reiki, Otis told me where he already worked on her and where he wanted me to place my hands on her! Of course, I respected his wisdom. He is amazing. His person would send me pictures of him continuing to offer beautiful Luna Reiki throughout the days she was sick, before she eventually passed.

The other day, I was working with a woman, who knows the guardian of Otis. She has met Otis and he, of course, heard her talking about her beautiful dog, Jackson. Some evolved beings can astrally travel and check out other beings, like Otis did. He wanted to know who Jackson was, so he checked him out (inter dimensionally speaking). The amazing thing is that Jackson's person lives in another city! The other day, Jackson's guardian contacted me for a session, as she's considering adopting a new dog named Janie, and wanted to know how Jackson feels about her, etc. During the course of the session, I saw/felt Otis come in. He asked if he could offer Reiki to Jackson and to her, to help them be relaxed and have open hearts. I got chills the whole time. 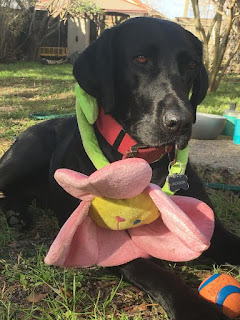 After the session, Jackson's guardian contacted Otis' person to let him know what just happened. This is what Otis' person said: 'Otis had been in one spot without moving all morning and I was wondering what he was doing'. He wasn't surprised that his beautiful healing cat was helping his friend!

It never ceases to amaze me what teachers and healers animals are.

I feel so blessed to be a part of this complicated, beautiful multi-dimensional world. Telepathy is prevalent on so many levels and when we tune into it, we can be a part of this world. Animals do it all the time.

Everyone has the skills to be able to communicate with their animals (and all animals this way), it's just a matter of quieting our minds and connecting with our hearts and theirs. Otis knows.